Before entering the M&A field Mr. Patterson worked with two New York Stock Exchange firms in Houston, TX and Charlottesville, VA. He ran a plastic and textile recycling company for two years before becoming a regional marketing VP, raising capital for real estate development projects in California and Arizona. This experience ultimately led him to the field of venture capital. Mr. Patterson founded Touchstone Financial in 1999, focusing exclusively on the sale of existing companies. Today Touchstone Financial serves clients throughout the Southeast and contacts buyers on their behalf throughout the world.

Mr. Patterson was born in Charlottesville, VA., matriculated in 1966 at the University of North Carolina (UNC) at Chapel Hill and graduated in 1970; also recieving an additional degree at UNC in 1975. Winston-Salem, NC has been his home since 1980. Mr Patterson played rugby football for almost forty years during which time he formed and coached two clubs. An injury in 2006 halted his career. He now enjoys gardening, reading, history, philosophy, and science, and spending time with his "twenty-something" son. 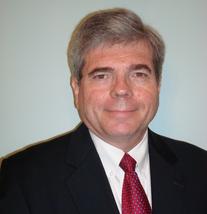 Scott Womack's extensive managerial background has earned him senior executive posts across many industries, effectively serving as both President as well as Chief Financial Officer for a diverse group of organizations.

His strengths in both operational and financial executive management have helped Mr. Womack lead successful turnarounds through increased plant productivity, aggressive cost controls and a relentless focus on improving cash flow. Leveraging his extensive background in financial management, investment banking and operational expertise with his bottom-line responsibility and people skills, Mr. Womack provides a versatile combination of resources to assist organizations through critical times leading to the best possible outcomes. 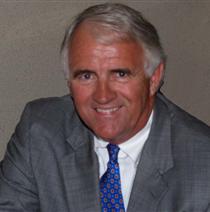 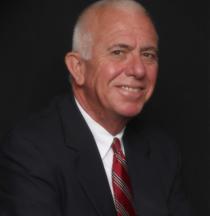 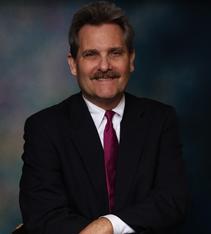 Prior to founding Mt. Vista Capital in 2006, Mr. Austin was a principal with another regional investment banking firm for ten years. Over the last 17 years, Mr. Austin has led both M&A advisory transactions as well as private financing transactions to include senior debt, mezzanine financing and private equity. Mr. Austin has also been active in preparing business valuation reports for a variety of purposes.

Prior to his investment banking experience, Mr. Austin had direct experience working for a Private Equity-owned company as Assistant Treasurer at Sterling Diagnostic Imaging for five years. He also served as Treasurer for a publicly traded diversified media company, Multimedia, Inc. (MMEDC:NASDAQ) for six years. In both of these corporate positions he was responsible for structuring large syndicated credit facilities; negotiated various interest rate hedges and participated in various corporate acquisitions and divestitures. Mr. Austin began his career in commercial banking with C&S National Bank of SC (now part of Bank of America) where he was responsible for sourcing, structuring, underwriting and servicing commercial loan transactions for corporate clients in a wide variety of industries.

Mr. Austin received his undergraduate degree at Furman University with a B.A in Economics and Business Administration (concentration in Corporate Finance). He received a post-graduate certificate from the Stonier Graduate School of Banking. Mr. Austin has earned the Chartered Financial Analyst Designation (CFA) and holds Series 7 and 63 registrations as a representative of StillPoint Capital.

Mr. Austin is an active member in the following organizations:

Since 1971 Mr. Neely has played an active part in the banking community. Starting as a Management Trainee with South Carolina National Bank (bought by Wachovia), Mr. Neely rose through the ranks to become Vice President and Regional Manager. Much of his time was spent in management, commercial lending but he specialized in business development and marketing. After leaving the bank Mr. Neely was a principal with various regional investment banking firms for 20 years. He has direct experience in the Merger and Acquisition advisory industry across a broad group of industries. He has closed numerous middle-market M&A and financing transactions in the past 20 years. In addition Mr. Neely is very much involved with in the commercial finance industry representing customers directly to a variety of lenders on a national basis. Although his focus is the southeast Mr. Neely has close ties to Texas and has closed transactions in the southwest as well.

Through the years, Mr. Neely has been an active participant in the civic community: